Danaway Beyonce and Glyncoch Eurostar has produced this beautiful palomino colt, with 4 white socks and a blaze.  Could we ask for more?

He is a lump of a pony cob with as much mass as his dam and half brother and sister Adlais Mab y Brenin and Adlais Pica’deli.

Today he is working as a good all-around pony with his family Hammerling. 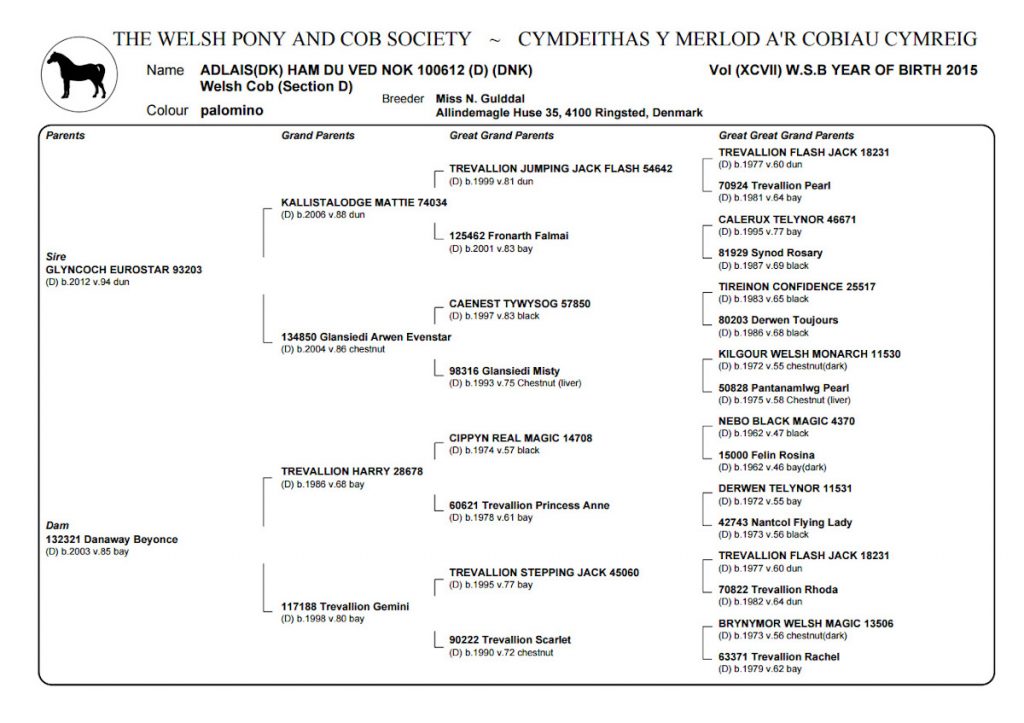